“A new day, a new variant” is an all too familiar headline and unfortunately, we are discussing this again in the world of Log4j vulnerabilities.

As discussed in our blog on December 15th, rapid software releases are not uncommon when major zero-day exploits are uncovered. The Apache team has spotted another gap in 2.16.0 where it does not protect from uncontrolled recursion from self-referential lookups. This allows an attacker with control over the Thread Context Map data to cause a denial of service when a crafted string is interpreted. Interestingly, it was previously fixed in 2.12.3.

The current advice (assuming you’re on Log4j 2.x, Java 8 or later and using the log4j-core JAR file) is to:

Otherwise, in the configuration, remove references to Context Lookups like ${ctx:loginId} or $${ctx:loginId} where they originate from sources external to the application such as HTTP headers or user input.

Note, other premutations and caveats apply and the latest documentation from Apache should always be reviewed here.

Options have updated our Firewall IPS signatures and vulnerability scanners accordingly. We are applying v2.17.0 to any system that we patched to v2.16.0 and using v2.17.0 going forward or applying vendor patches/mitigation steps as they are released.

For the avoidance of doubt, we are also patching 2.12.3 (which is technically not susceptible to this vulnerability) to 2.17.0.

To summarise, version 2.17.0 will now address each of these vulnerabilities: 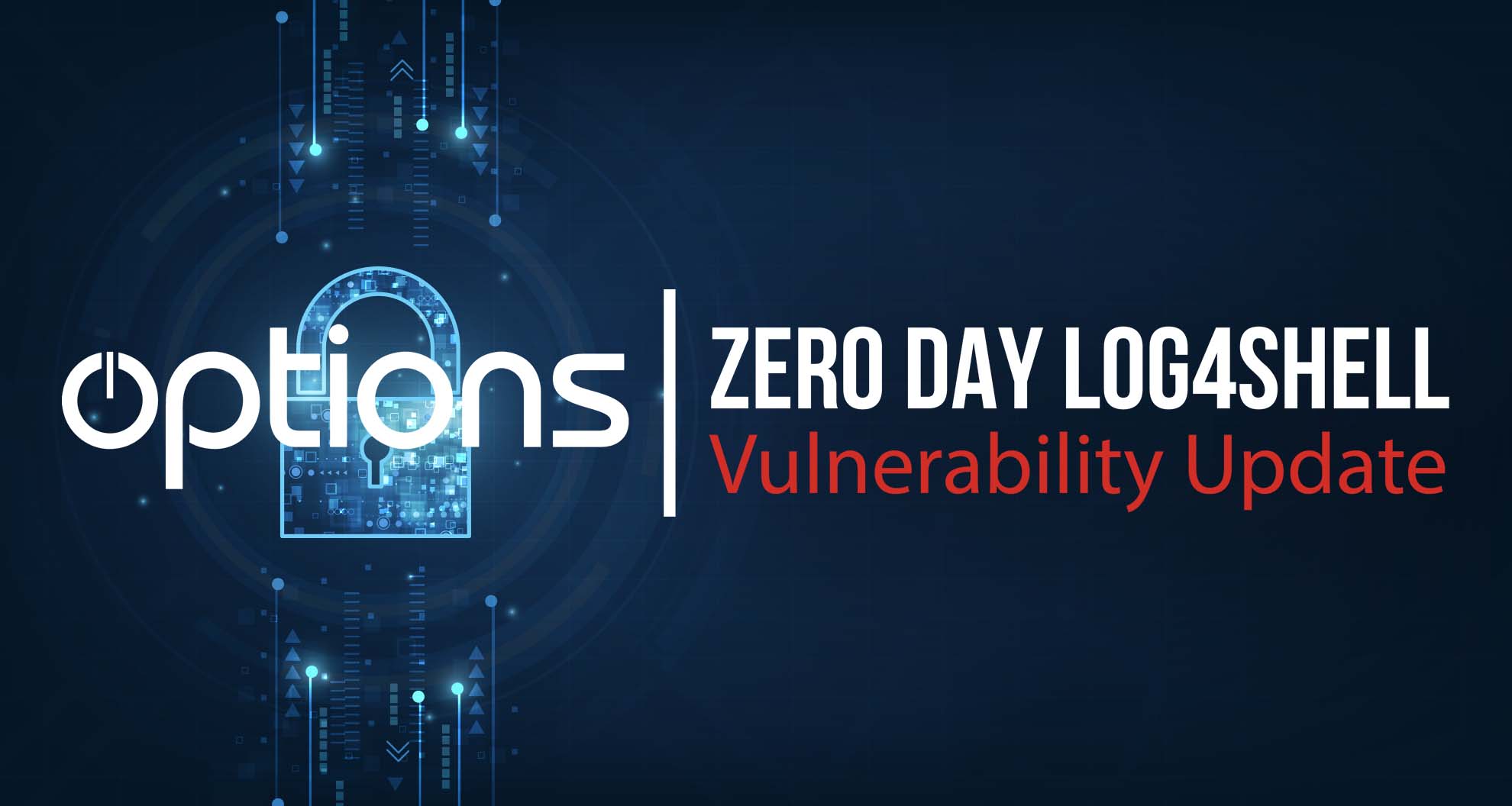 Options are on a mission to transform financial sector technology. We aren’t market participants ourselves, but the No. 1 provider of IT infrastructure to global Capital Markets firms, supporting their operations and ecosystems.

Our clients include leading global investment banks, hedge funds, funds of funds, proprietary trading firms, brokers, dealers, private equity houses and exchanges. These clients are supported daily, across over 20 countries, in a true 24×7 ‘follow the sun’ model; we have someone on hand to assist at any hour of the day. With offices in 8 key cities; New York, Toronto, Chicago, London, Belfast, Hong Kong, Singapore and Auckland, we are well placed to service our customers both onsite and remotely.

For further information, or to talk to a member of our expert sales team, click here.